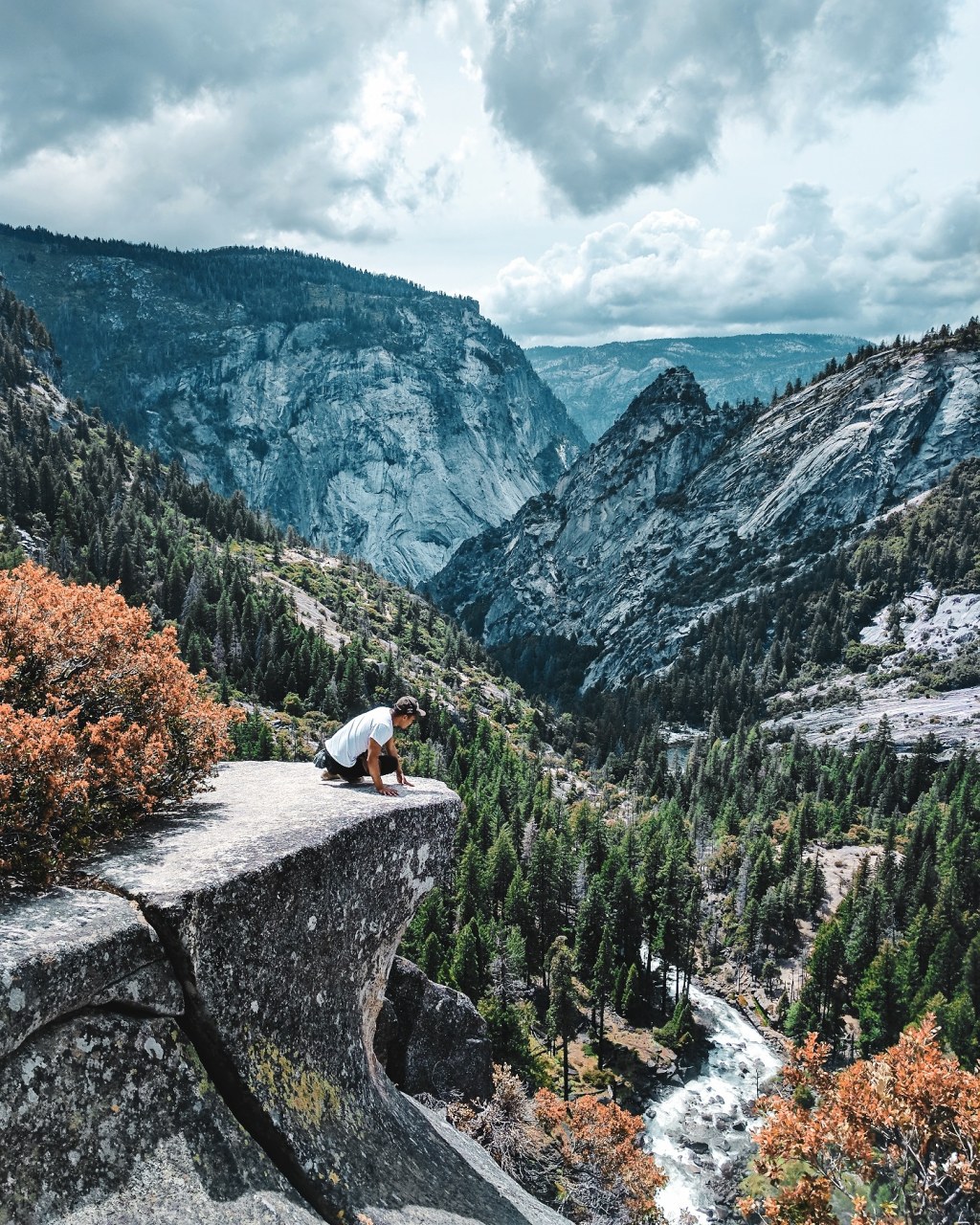 It was around the same time a year ago when I first had the chance to visit Yosemite National Park. I had just got back in the Bay from a 30+ state trip across the country and back. My friend Vic had been asking me to go but I had been stuck in a rot working with my book while I hustled for gigs to survive and couldn’t get any. But this boy was persistent. As much as I had always wanted to go, I was dwindling down deeper and deeper from a mental drought to a paralyzing stress. Until I finally caved in. Little did I know it would become a trip I will never forget.

One Sunday evening I received a text from Vic. He, together with some friends from out of state were leaving for Yosemite from the Bay Area the next morning. They had rented a cabin in the woods and had a spare room. He asked if I was interested in going back to the valley, except this time would be different – overnight glamping in the heart of Yosemite valley.

The previous year, Vic and I set out on a 4-day trip to the valley. We’d sleep on the side of the road while Vic slept on a hammock. We hiked and got lost, swam on freezing waters, napped on top of a huge rock, played guitar on the river banks, smoked and chilled under starry skies. It was also around this time when I received the shocking news. A text from a friend told me that one of the few people I looked up committed suicide. I was standing at the edge of a precipice looking down on the tiny trees far below. Anthony Bourdain is dead.

It felt like I had been punched to the gut and lost any reason to get back up. I have watched his shows and felt like I had gotten to know him and his life. To me he had become a beacon of hope as a creative person and a rebel. I wanted to be like him, happy and fearless. But he too succumbed to life and its misery. All of a sudden I could not tell which one was more beautiful, up here looking down, or down there looking up, either way it didn’t matter. Nothing mattered.

I will never forget that day.

I took many breaths just to make sure I was still alive and asked. What is next from here on? I closed my eyes, turned away from the edge and continued hiking.

If anything, it was a testament to how majestic and spiritual Yosemite is. It was so beautiful I wouldn’t want to leave just yet.

So when I had another opportunity to go, I didn’t want to let it pass.

I called my friend, Ian, who without hesitation came. We huddled in Morgan Hill before heading southeast towards the valley early Monday morning.

There was a thunderstorm advisory and light snow. It was early afternoon when we arrived in Yosemite National Park. We were on our way to Yosemite village to hike but turned back when we reached Glacier Point junction. There were patches of snow on the road and was worried of our non-existent tire chains that were required.

We made our way to our cabin at around 3pm and warmed up for the rest of the night. Although it rained the whole time, thunderstorms never came. The crew cozied up at our spacious cabin and made fire that set the alarm off. But other than the smoke getting out of hand, it was the chillest night.

The following day we drove to Yosemite center. The weather was chilly and rain poured all day and we were all soaked. We only managed to hike for a few miles ending it in Lower Yosemite falls. On the way I managed to take a quick dip in the freezing stream and shivered the rest of the hike. Yet it was all worth it, and more.

This trip was nothing short of memorable, a perfect time, place and company to unwind and reflect on what a year it had been. I didn’t get the chance to visit the place where I had stood in great ambivalence about life. I had made a choice and I am reminded with that choice and its consequences. Here I am. Moving. Onward.

I am grateful for those who were once around that made an impact in my life, for another opportunity and experience, for friends and for places like this that transcends time and space. I am humbled.

iThere are no comments

Begin typing your search above and press return to search. Press Esc to cancel.