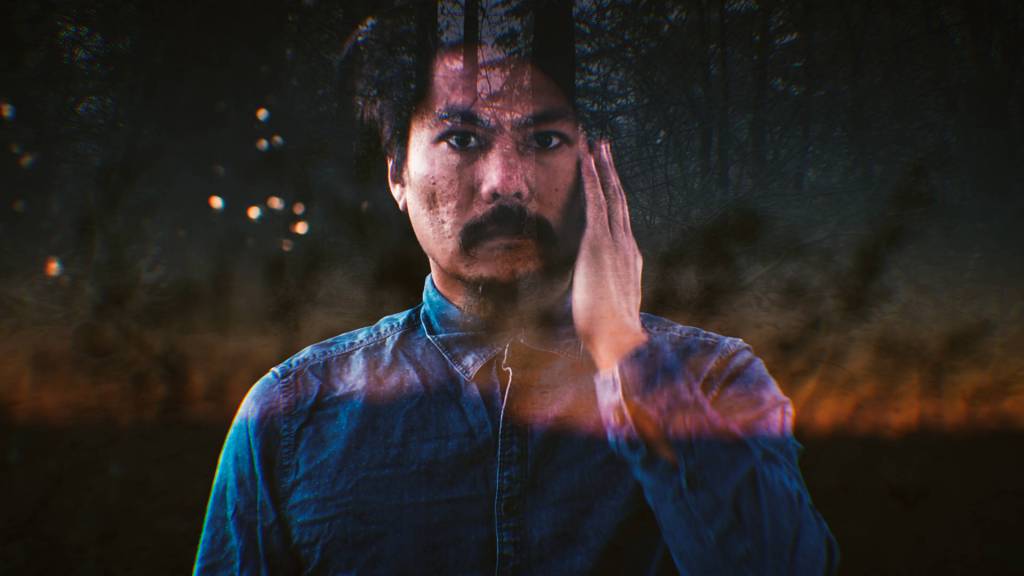 Sometimes I just could not find the right words to say. Searching for the right words to express abstract feelings, substituting symbols for meanings and vice versa, can be a struggle. But it doesn’t mean it is less true, it’s just some feelings are harder to transpose than others.

At times I cut myself open in search for something to say. But in the end, I didn’t need to say anything at all.

In the video, I wanted to recreate the flow and jagged distortions of that thought process. Fragments of time jumbled up together, erratic and lifeless except of meanings and memories appearing in different forms.

I remember when I came up with the song intro and chorus riffs up to the time I worked on it in the studio. Something about those feelings that wanted to be free, if I only knew what it was, and I wanted to tell that side of the story. Except the words were unnameable but just as real.

One day I thought about making a video for my song Afternoon Affair, off Nomad Heart album, from old clips I’ve shot. From my previous experience working with a music video, it took me weeks of work to finish so I thought nothing less this time around. But as soon I started working I could not stop.  As I was collecting clips, I started editing and putting them together. Ideas came and went but I kept chipping away things I didn’t want until it made sense. Just enough so I could go on to the next.

Memories had reappeared from the time I was working with the song as I worked with the video. The same feelings that I still don’t have any words to call about but are as true as day and night.

I lost track of time until I was reminded by the young lady cleaning the table they were closing. It had been over 8 hours since I started sipping my, now long dried out, grande regular coffee.

It was after dark when I got back in the yard, but instead of eating or taking a break I plugged in the extension cord and went inside my car and continued editing past midnight.  I wasn’t sure about what I had but that idea was all I needed to keep me wired all day and night.

My eyes burned but kept thinking about the video long after I put away the laptop continually editing in my head as I lay in bed.  I might have dreamed about it too. It was the last thing I remember before I lost consciousness and the first thing on my mind when I got up a few hours later, and resumed working until I finished the video by noon – 24 hours after I started the project.

The heart communicates in abstract languages.  Sometimes it’s best to tell a story when you just let the heart speak and trust what it has to say, even if it doesn’t have any words at all.

Shout out to all the good people who made this journey, interesting, worthwhile and meaningful. Thank you!

Track # 2 Afternoon Affair by we are, et al. off Nomad Heart Album
Performed/arranged/produced by Renekarl Paradela

iThere are no comments

Begin typing your search above and press return to search. Press Esc to cancel.